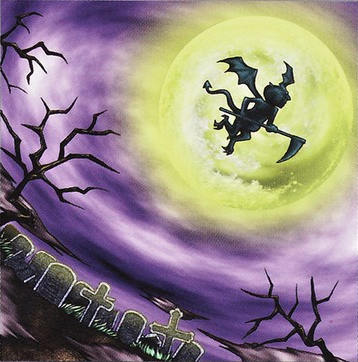 This site is for the creation of an alternate set of rules and information for use with the popular Yu-Gi-Oh. trading card game. It is my intention to revisit older cards and tweek them in light of newer cards that have been released since they have been created.

Currently I'm "Borrowing" the structure from the Yugioh Wikia site. Why reinvent the wheel. There are somethings that are not working quite right but most if not all of them should resolve themselves when the appropriate connections are linked together. I.E. The proper page is created/copied. Once this is done it will start to diverge from the original site. Some already has diverged. On the main card pages rather than a picture of the card, I prefer a picture of the Artwork. After all when it is done that way you do not have to change the file link to the newest version of the card every time that card is re-released.

On a like subject I prefer using JPEG files over PNG Files. JPEG Files have a longer history and I know is supported by just about every Image Software around. As to it not being Lossless I do not see that as a problem since you would only lose out on data it you edit the file and re-save it. You never lose anything while looking at it. Looking is the purpose here.

When a file is uploaded and the quality of the scan is good enough the page will be protected. After that happens if you feel you have a superior image that would be better, I would suggest putting it up on a site like Photobucket and put a link to it in my talk page. If I agree (Right now I'm talking to myself as the only contributor and only Sysop and Administrator) I'll unprotect it for you and re protect it after it has been changed.

Here is a link to my style of galleries.

If we need to look at the whole card that is what card galleries are for.

Another thing I want to do is on a card's gallery page is to have a section for Known fakes for that card so they can be easily Identified as such. this would mean an overlay (Stamp saying either FAKE or COUNTERFEIT) would need to added to the image so it can not be easily used to make more fakes.

Retrieved from "https://glitterswordyugi.fandom.com/wiki/Glittersword%27s_Variant_Yugioh_Ruleset_Wiki?oldid=7393"
Community content is available under CC-BY-SA unless otherwise noted.